A brief  history of Ennerdale & Kinniside CE Primary School
Ennerdale & Kinniside C of E School has stood in the centre of the village since around 1876, although up to 1957 it was known as Ennerdale Parochial School. The outward appearance of the school has altered little until recently with the addition of new office buildings and extensions to the porch and toilet areas.
Reading through the record books we discover that life for the "scholars" was much harder then, there are frequent references to school closures due to epidemics such as diphtheria, whooping cough , influenza and measles, also several entries refer to "scholars being excluded due to their verminous state", often the weather played it's part with children unable to travel due to snow drifts and floods.
It seems that despite the hardships, "scholars" performed remarkably well although the syllabus bears little resemblance to the modern curriculum, with a great emphasis on religious study with weekly examinations, also in the 1920's pupils tended the school garden and produced a harvest of potatoes and vegetables which supplemented the school meals, in some cases this would have been the only hot meal a child would receive.
Today we are all aware of the dreaded Ofsted inspections, this is not purely a modern phenomena, the school inspections of the past were just as rigorous and sometimes quite fierce, as was the treatment of children who misbehaved in class.
Today's school is considered full with 58 pupils, compare that with the early years when over 100 was the norm(158 being the record) and you have to wonder where they put them, the records reveal that the infants were taught in a gallery, which was reached by a steep flight of steps and even at the time was considered unsuitable, today it is difficult to see where this gallery was. 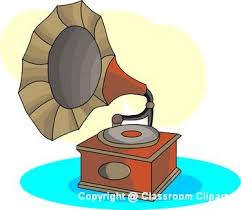 Click here to read an article written by local Poet Tom Rawling as he recalls Ennerdale school life in his day.

Click here to view some entries from the old Punishment Book